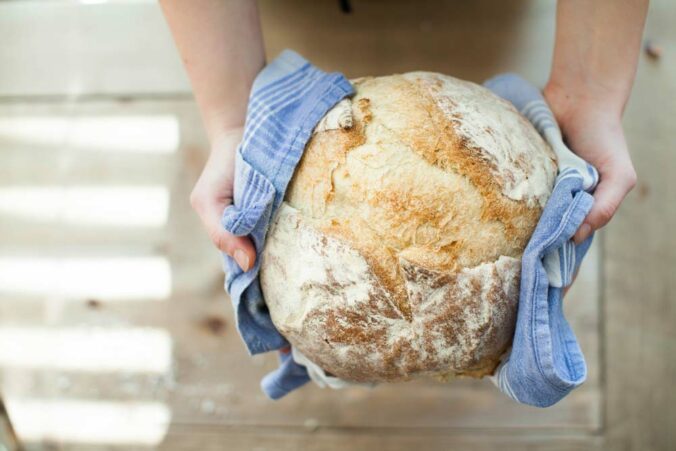 Do you deserve those carbs?

When to Eat Carbs

Not All Carbs Are Created Equal

Some carbs are more nutritious than others. You aren’t going to get the same benefit out of french toast covered in maple syrup and powdered sugar as you would out of multicolored potatoes drizzled in olive oil, salt, and pepper.

Keep in mind that earthier foods are generally more nutritious. If you can’t afford these types of foods, you should consider getting a daily multivitamin.

Believe it or not, genetics plays a role in what type of diet is optimal for you!

If you eat a bunch of carbs, then feel sluggish and tired after, then you probably shouldn’t have many carbs! On average.

If you eat a bunch of carbs, then feel energized and ready to take on the world, then you’re probably okay to have more carbs! On average. As long as you are eating nutritious carbs.

When to Avoid Carbs

My general rule is that you can eat carbs when you deserve them. Just ran a 5k? Eat some potatoes!

Just sat at your desk for 8 hours? You’ll get more energy out of moving around than you will out of eating. Go for a walk!

Carbs are generally a little less filling and more inflammatory. Again, not all carbs are created equal, so take what I’m saying with a grain of salt (maybe even literally). It’s easy to overeat “traditional” carbs. It’s hard to overeat vegetables and meats. Be diligent!

When to Embrace Carbs

Again, eat them when you deserve them. Twenty minutes of easy elliptical time probably doesn’t deserve many carbs.

After exercise, your muscles are better at picking up the carbs you eat (here’s some heavy science on that). Embrace the science and feed the muscle!

Some Thoughts on Sweetness

Sweeter things like candy and processed, white bread are carbs, yes. If you work really really hard, you can have some. But you have to work really REALLY hard. I’m just looking out for you.

Some people find their way around this by using artificial sweeteners. I don’t try to demonize this fake sugars, but I want you to be aware of the mental game of eating well.

You see, when you have sweet food, your brain thinks, “Well, I just had this the other day, so I’ll have it again soon.” Cravings never subside if you can’t eliminate the sweetness. I don’t want you to freak out over every thing you eat, but I do want you to know that your brain grows more resilient if you avoid the sweet stuff. Avoid the cravings. The rest just gets easier.

Hopefully this is encouraging to you. Keep working hard!