Programs, books, and more to come

When to Eat Carbs

When I see someone who looks strikingly similar to a toothpick, I feel bad for them. Sure, they’re missing out on all of the great things that can come from having a healthy, muscley body, such as not constantly feeling cold, being strong enough to move furniture, and increased frequency of sexual interactions (no guarantees on duration of said interactions, sadly). However, my real concern is the ignorance to all there is to be experienced in this hypertrophic journey.

Every person who can’t seem to put on weight has one thing in common: they’re not eating enough.

The n00bz make this rule especially important, so much so that I suggest it being the only dietary advice you suggest to them. Now, if we talk a little about the psychology of this suggestion, I would be a little more specific, showing examples to the person in question as to what exactly you mean.

I put on 5 pounds during a hockey season in high school by eating 6000 calories a day. How did I get that many calories? I had a gallon of milk every day. I always had double lunches when I was at school. I had 5 meals a day, and after at least 2 of these meals, I would feel like the food was at the edge of my esophagus, full to the brim.

Paint a picture. Engage their senses. Your advice will stick. They’ll picture you with your gallon of milk every time they sit down for a meal. They’ll put an extra scoop on their plate at dinner, and you know what else? They just might accomplish their goals.

Where is the Journey?

The journey comes from within. Aside from that being the most cliche thing I have ever said, there are tremendous benefits to be gained. Shoveling in perseverance, however trivial the task may be, can give this person heaping amounts of perspective. They can always think back to the time they were convinced they were never going to get any bigger. They thought, “I couldn’t have another bite,” but when they filled another plate, they dominated it like it was their job and overcame expectations. 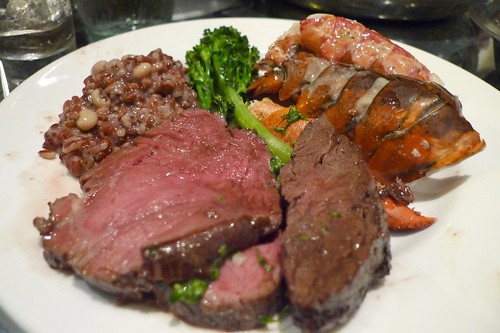 Losing weight can give you a similar experience, albeit slightly different. I prefer gaining weight because it places more emphasis on putting in hard work (eating more) than developing the willpower to say no (eating less). Obviously, both have their benefits.

I mentioned the trivial nature of this whole topic. The rich kid can’t stuff his face more? Boo hoo, Africa is starving. There are many things far more important in the grand scheme of things than putting meat on some kid’s bones, but I take you back to the topic of gaining perspective.

Now that they have succeeded, this person knows what it means to work hard and how great it feels when all of that dedication pays off. What if they get the chance to go to Africa? They want to experience that success again. They help out, bring food, and feed the people there. How many lives have you indirectly impacted by teaching this person to put on weight?

It seems simple, but simple is most often the way to go.

Live, Learn, and Pay it Forward

We’re all in the business of education. Parents, coaches, mentors of all kinds. Nobody wants to leave the world before they’ve left their mark on it. Whenever you get the chance, try to teach something to someone. I don’t believe that there is a single feeling that I enjoy more than seeing something click in someone else’s mind.

Think about it: planting ideas of hard work in those around you will surely not go to waste.