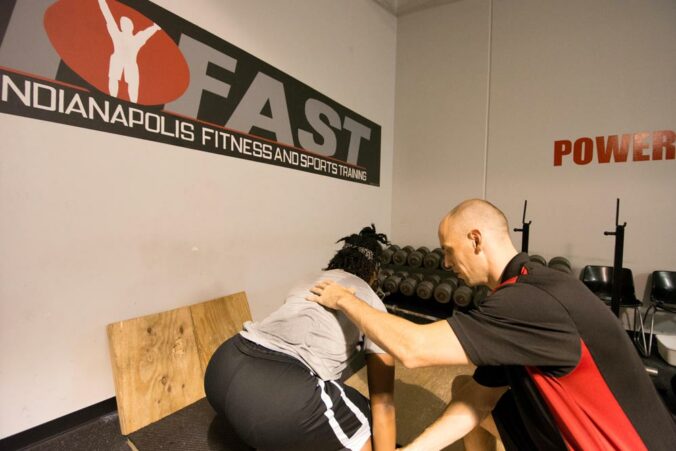 Learning How to Fix Lifting Technique

Humans are complex, and movement can be complicated. Why does your client always bend over when they do squats? Why do they do that weird thing with their back on some days? How can they understand it more simply?

Okay, smart guy, but how do I know what is wrong?

Fixing movement is simple for me now that I’ve coached for roughly a decade. But that’s only because I’ve meticulously dissected thousands of reps. Now I can identify what I like and what I don’t like.

For example, there might be three dozen different squat faults you could identify…

That took me about 6 minutes to list. But how long did it take to build that database of squatting mistakes?

It takes a long time.

And that’s necessary. Experience begets competence. That’s how you can become a master of your craft.

But there is a quicker way. It’s not easy, but it is quicker.

That’s it. It’s not, “You’re losing your upper back at the bottom of the lift. I want you to keep your upper back tight. Oh that didn’t work. Well… think about squeezing your shoulders together while you squat. Squeeze harder! Yes yes yes! Eh, no. That’s no better.”

Hey! Some of that is just coaching. It’s an art. You play with cues you like and sometimes they don’t work.

But let’s say you have a group of twenty people. Can you cue them?

Some would say no, but I think you can. I’ve done it. But your cues have to be dialed in. So does your exercise selection, but that’s a talk for another day.

But now the burning question: how in the world do you find out what “normal” looks like?

And that’s also why I put together this mentorship.

At least, I think we can do that if you’re a somewhat experienced coach. You have some coaching reps under your belt. You’re already familiar with the process of seeing movement and giving cues. You probably just need some re-focusing. And more coaching reps never hurt either.

How does it work?

I think most people get into the fitness industry because they learn well by doing. We have to get our hands dirty. We have to coach each other. We have to look at movement in a new light. And we have to have reasons for the cues we give.

You can say, “Chest up!” But if the problem is in the hamstrings, that cue probably isn’t going to work.

So we work together to identify “normal”. Then we can use our instincts, harness our creativity, and come up with cues that work for us.

Will you join us?

Learn more about The Movement Seminar.

How to Use Your Red Light Bulb