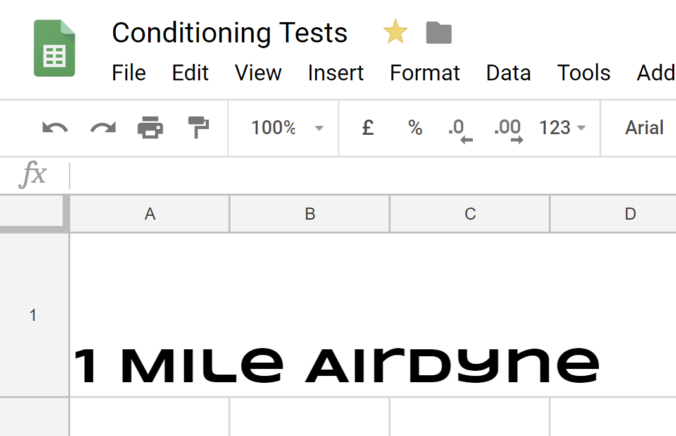 Screenshot of my conditioning hierarchy of performance. Where do you stand?

Harness the Power of Competition

Hierarchies are everywhere; we seek competition. The values are physical, social, political, and motivational. How can we throw that into our physical training intentionally?

Measurement does this inherently. Nobody wants to get worse or be stagnant in their skill. Take someone like the analytical fitness tracker, the person you might first imagine when you think of a fit Googler. Give this person a measurement and she will focus on it incessantly. Now instead picture the lazy programmer, the mix of analytical and practical. He is similar to the first, but still somewhat susceptible to sloth. Now imagine the opposite end of the spectrum — the person whose life and quality of life is at risk due to detraining. She does not like to exercise, but can still find the spark in competing with herself. She has never played sport and has a more passive, Type B mindset. But has committed to spending some of her time working out and does not want to waste this time.

What gets measured gets managed.

All three of these people, or archetypes of people, experience negative self-talk. But maybe it’s necessary. If you’re comfortable with where you are, there’s no reason to change. There’s no tension between who you are and who you could be. I don’t want to be the type of person who puts others down, but I need you to desire change. And to think it’s possible, not just for others, but for yourself.

Love who you are, but also what you can become.

Is it helpful to know where you stand in the population? Should you only be concerned with the hierarchy of yourself among different points of spacetime? Or should you also consider how you stack up against others? Some find interpersonal competition overwhelming, or even demotivating (it’s most sinister form). They cannot stand the comparison with others because they can’t see the objective standing — a snapshot of data. All they can see is that they are a failure; pain. Feeling inadequate can be motivating, but there are levels of inadequacy. It’s “never” vs. “not right now”. Unattainable goals aren’t motivating, they’re someone else’s destiny. Some, however, can look at the standings, see they’re #80 out of 100, and think that they could become #70 rather than thinking they’ll never be #1.

As a coach, it’s probably best to encourage smaller, shorter targets. Instead of saying, “I want you to be #70 on my list,” tell them to get this exercise done in x number of seconds. When in doubt, monitor performance, not standing.

Some, indeed, do not respond to internal competition. These people morph around as a slug. They might be afraid of letting go of who they are. They might be afraid of looking abnormal. They might not have the focus to inspire themselves and the trust to listen to what you say. I do not train these people. They require too much energy. If you have a good way of dealing with them, I commend you. If you are one of them (and you’re not because you wouldn’t be reading this random blog in our corner of the world wide web), good luck.

Competition is powerful and useful. Even those who claim to not be competitive are usually at least competing with their past self. Harness this power, measure what matters, and foster change.

My Biggest Programming Pivot Since Moving to the Bay