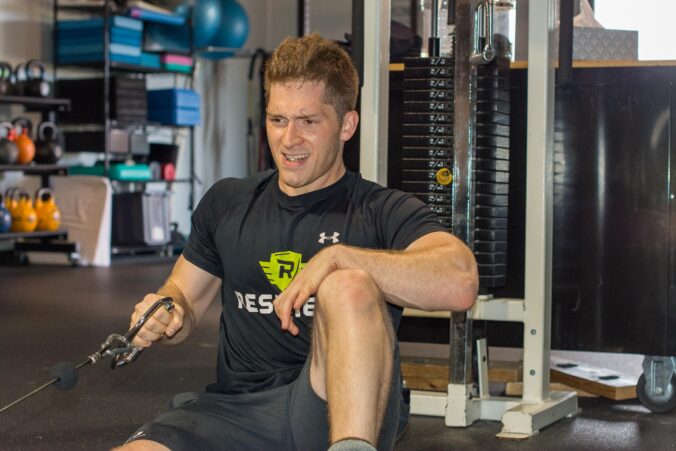 Getting Huge While Moving Well

It’s not that it was particularly scary or outrageous… it just reminded me so much of me.

How do you get huge while nursing your body? Is it even possible?

How do you treat that nagging shoulder/elbow/hip/back/etc but still have fun in the gym?

How do you sweat and make your muscles burn when you feel indefinitely injured?

This post is probably the most existential topic I’ve ever covered. It addresses the questions I’ve been pondering the most for the last decade.

END_OF_DOCUMENT_TOKEN_TO_BE_REPLACED 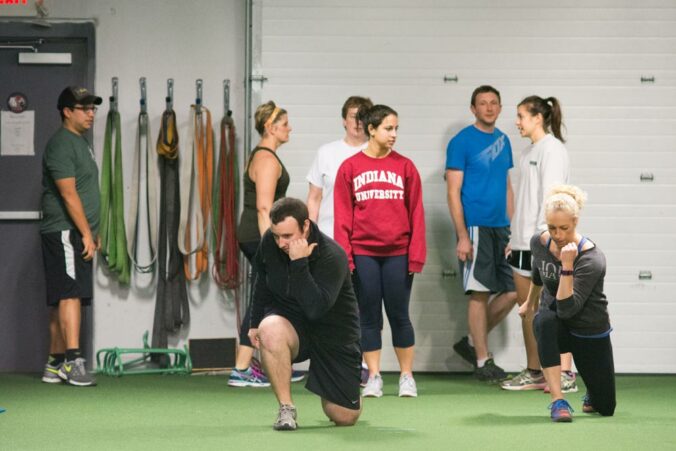 Detailed Group Training — How do you teach breathing to 30 people at once?

Personal training can get pretty personal.

When you’re one-on-one with someone, you have more time than you know what to do with. You can test-retest, make up stuff on the fly, and think up new cues that you can use with later clients.

When you have 30 people in a big group, you aren’t doing any of that. sure, you can make up some new cues or whatever, but can’t really see it through like you can when your one-on-one. Do you know if it worked? Too late. It’s time to coach the next person.

Large group training has its difficulties, but it’s also a really efficient way to train certain types of people. If you have people who are out of shape and not in pain, get them in shape in a group. You build camaraderie, forming team through shared suffering. and even if they’re already fit, a group workout is a great way to keep pushing everyone together. Community is one of the best ways to build fitness inertia.

But, if you’ve coached for any length of time, you know that not everyone fits into these simple buckets. I can count on one hand the number of clients I have who don’t have some sort of chronic pain issue that they’re dealing with. I don’t usually recommend that they join these groups, even though and they’re free to take over here at Google and they have some very competent coaches.

END_OF_DOCUMENT_TOKEN_TO_BE_REPLACED

I know I say this all the time, but this week was amazing. Here’s a cool video I watched and a little info about a super fun new sport you have to try.

At about the 5:00 mark, the guy making this video below points out the relationship between the transversus abdominis and the diaphragm. The perpendicular fiber direction is crazy. Make sense why you can get so much out of those muscles.

The Beginning of Bubble Soccer

I say “beginning” because this is so fun and I hope to do it again. Brandon Brown, his girlfriend, and I went out to see what all the fuss was about. Check this out:

Holy sweat balls (it’s really hot in that ball), I forgot how much fun contact sports were—especially when you’re playing against a bunch of 110-pound boys. My neck is crazy sore today.

If you want to learn more about the Indy Bubble Soccer scene, go here.

Have a happy Labor Day weekend! 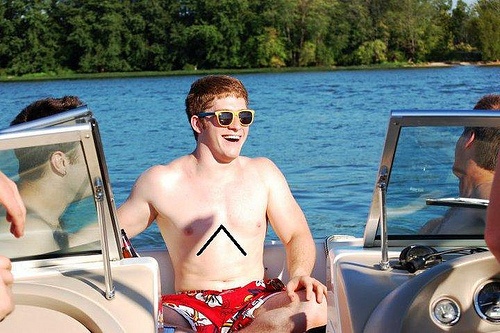 Daniel Tosh’s workout to get ready for a show

First and foremost, let’s get one thing straight: I like to laugh. It’s even pretty easy to make me laugh. Given this fact, it’s no surprise that I am into Comedy Central’s hit show Tosh.0.

Daniel Tosh is a hilarious human being. He’s been riding this whole “internetz” thing out pretty well, even using Twitter as an outlet to communicate with his fans. Check out this tweet I saw him post last week: The first thing I did was laugh. Finally! That horrible posture of his has caught up to him. I then experienced a moral dilemma in that I was cheering for someone else’s pain, but quickly realized that he gets away with borderline murder on his show, and now my conscience is clear.

Then of course, I had a strong urge to diagnose him (in 140 characters, no less). Now, obviously, I’m not a doctor. Something else could be going on, and he should get it checked out.

Assuming this had already happened, however, how would I train him? We’re going to base our “assessment”, which in this case is lackluster at best, on watching him move on television. Here’s an example…

NSFW! Beware, this video contains three spoken F words! It also features Daniel with his shirt off, revealing a little more about his posture and giving us a better idea of what he’s got going on.

The first thing that jumps out at me is the positioning of his ribs.

As we can see towards the video, his infrasternal angle is HUGE! It’s actually one of the biggest that I’ve seen (no homo) in my very limited time examining human bodies.

What does this mean? It’s safe to say he needs to work on his external obliques as they are the muscles responsible for pulling those ribs back together. Fixing this and only this may actually eliminate the pain he described. Wall Press Abs would be an example of a good exercise to include in his program.

But that isn’t a full assessment, so keeping our eyes where they are, we should realize that his infrasternal angle is very easy to determine due to his pronounced rib flare.

What does this mean? His diaphragm is being used for posture instead of respiration and his ribs are stuck in a position of inhalation. His rib cage needs to be put in a position where he can effectively use it. The internal obliques and transverse abdominis are the best muscles for achieving this “zone of apposition”, so those need to be added to the list. Wall Press abs will also train these muscles, as will something like a Half Kneeling Cable Chop.

A key to performing his abdominal work is to completely exhale and then pause for a second before inhaling again. This will help him position his rib cage correctly by turning on his abdominal musculature.

Another thing to note about Daniel is that his scapulae are all over the place. His upper traps and pecs do ALL of the stabilzing of the shoulder girdle as is evident in this video.

What does this mean? He needs shoulder stability. This means serratus anterior, lower trap, and middle trap work: a lot of pulling (chin ups, inverted rows, etc…) as well as some push ups. I would also include a Push Up Plus in his dynamic warm up as well as some Shoulder ITY’s in the activation portion of his warm up and/or towards the end of his program.

A point worth mentioning about the push ups is they actually attack BOTH of these goals. The abdominals must resist extension of the spine and the shoulder girdle must be stabilized throughout the movement and protracted at the top.

Now, as a television star, it’s hard to address his lower body as it’s seemingly non-existant on camera, so we’ll leave that out for this post. However, it is a very important part of the assessment process and should not be forgotten in a real-life evaluation.

To sum up the evaulation process, here’s a visual aid. Don’t mind the white space, it’s just there to make sure you’re paying attention 🙂

Tell Daniel that I’ll finish his program when he’s ready to make some changes.