Moms, Here’s How to Get Your Daughter Interested in Exercise

This 10-year-old was screaming. Crying. The rest of us were silent.

“Face it! I’m just not someone who is meant to exercise.”

She ran upstairs, leaving us speechless.

There are a lot of moments that shape your life, but that one has been burned into my mind.

My sister has struggled with joint pain and body image issues for years. She spends all of her time on the couch with her iPad.

After deeming herself unfit for exercise, I decided to take things into my own hands.

Fast forward to the present, my sister now:

Change the Way You Communicate

Your own behavior is the first place to start.

Don’t be a hypocrite. Eat well, exercise regularly, and be positive about it (but don’t be annoying).

No matter how you’ve acted in the past, you should now think of yourself as a person who exercises and eats well.

If you don’t currently set this positive example, try these three things:

For more tips, read my post about how willpower relates to diet and exercise.

When we argue with someone, we tend to take up the side for change. This is known as the righting reflex and it reflects our desire to help people. This forces the person we are talking with to defend herself, listing reasons she should not change.

The problem is that when we list reasons we should not change, it reinforces our decision to not change.

For example, when my sister said she was not the type of person who is meant to exercise, it is ineffective to respond with, “exercise is good for you,” or, “it will be fun” because she will want to argue why you are wrong.  However well-intentioned these words might be, she will defend herself in order to protect her own self esteem.

Instead of directing your daughter, act more like a guide. Ask her questions instead of giving her commands. If you do have to give her advice, first ask for permission to do so.

What are some ways you can get her excited about exercise? How can we make exercise more convenient for her?

Reflect her words about change

When she mentions reasons why she should stay the same, don’t emphasize them. If she sprinkles a little optimism in there, highlight it.

My sister is really good with a hula hoop going one way, but has a lot of difficulty when trying to spin it the other direction. When she’s flying through it, I ask her, “Can you go the other way?”

For some kids, this question is enough to get them to try it. For others, they will simply laugh and say, “No, I can’t,” while continuing to do things the easy way. In these cases, I don’t want to reflect their negative self-talk. Usually the best follow up is, “It’s hard, isn’t it?” This shows that failure is something everyone goes through. It helps if you get in there and fail right next to them.

I like these responses less because they are commands that don’t show the same level of empathy.

You’re in this battle for the long haul. Change doesn’t have to happen immediately, so don’t sweat it, and, most importantly, don’t force it.

You don’t need to go to the gym to be healthy.

If she views exercise as work, turn exercise into play. You can go to the pool, ride bikes, ice skate, etc.

With my sister, I chose rock climbing because it is fun and not competitive, so she doesn’t feel as much pressure to be good at it. 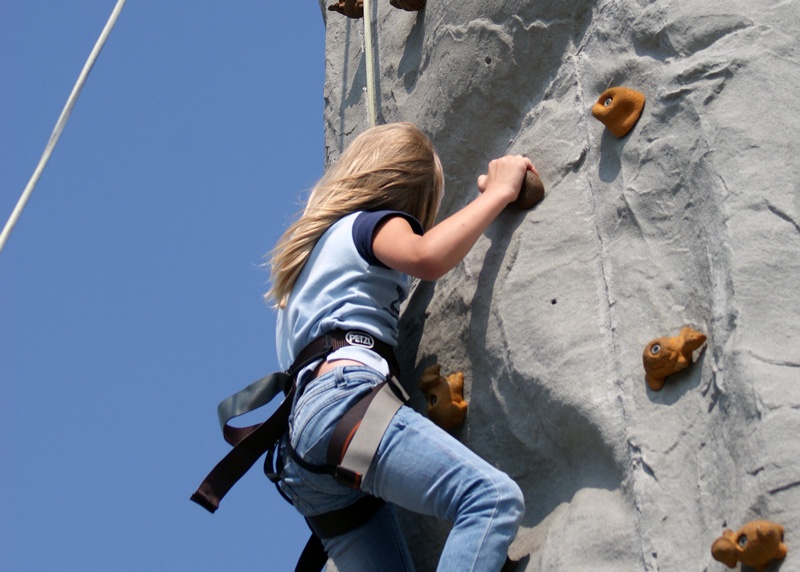 The way you phrase the invite to play is crucial.

Make it specific, immediate, and fun

We discussed fun above in the section on Play. The request is specific, so she knows exactly what to expect, and the immediacy of the request gives her less time to “reason” herself out of doing it.

Invite her to something you’re going to do whether or not she joins you. If she says no, tell her how much fun you had when you get back and invite her again next time. 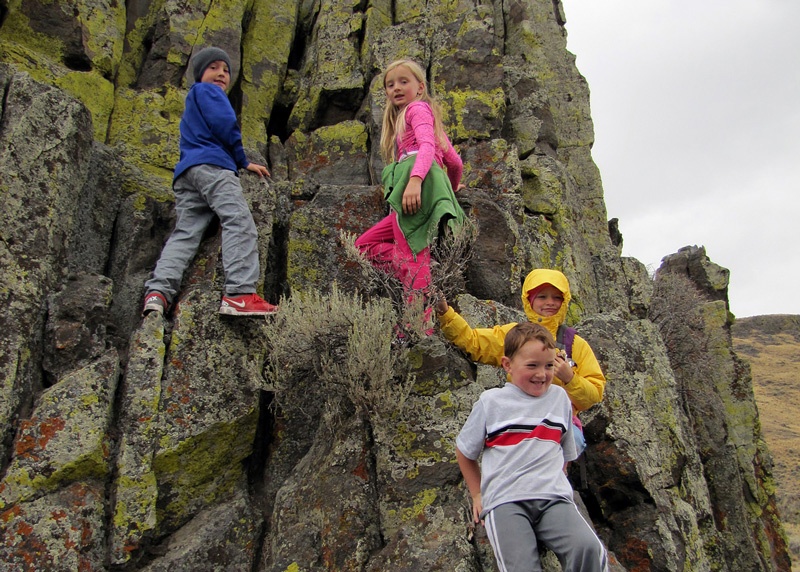 When my family and I were trying to get my sister interested in exercise, we brought her to my adult group exercise class. It worked for a little while, but the benefits did not last because she noticed how many more coaching cues she was getting than everyone else (my mistake) and how people cheer on those who succeed.

A few months down the road I invited her to my youth class. I made them play a bunch of games and just sat back and let her participate as much as she wanted. She had a blast (I know because she told me). She even played with another kid for an extra hour. Then she was so happy that she did the adult class afterwards.

I call that a victory.

How to Get Your Daughter to Become More Active

We still have a long way to go with my sister, but I can’t imagine where we’d be had I not started with her when I did.

The sooner we can introduce exercise and healthy behaviors, the more likely those behaviors will last a lifetime. The years of youth dramatically shape how we develop, both mentally and physically. Plant the seed of health in her mind early.

If you need help, please contact me and share this article with other moms who need help.