You wouldn’t be reading this were it not for Frank Engel.

Back in 2004… it would have had to be around fall… my hockey coach, Rocky Trottier, told us that we were old enough to start lifting weights. So many of us did.

I had spent countless hours of my youth hurling hockey pucks at garages, nets, brick walls. I had a piece of plastic fake ice. I liked playing with a longer stick because I could really confuse attackers when they came through. I liked taking slap shots because I wasn’t good at wrist shots. I practiced stick handling fast, but never learned how to do it without looking down at the puck. And I spent my other free time playing hockey video games.

I wanted to be a professional hockey player, and I knew that I would need to practice — to get better — if I were going to get there.

So when Rocky recommended we start lifting weights, I was on board. That’s something that athletes do, so I should do that.

I remember walking in the first day. There’s lots of commotion. I’m not a loud guy, but I at least knew a few of the people around. I had no idea how to do any of the lifts I was about to do.

So I walk up to this hulking, scruffy dude who tells me the workout is on the whiteboard. I think he even gave me a notebook to track my workout. He gave me all the weights, told me to walk around to the different pieces and just do the workout. The last one was a trap bar deadlift: 150lbs for 10 reps. “That one’s gonna kick your ass,” he told me.

END_OF_DOCUMENT_TOKEN_TO_BE_REPLACED 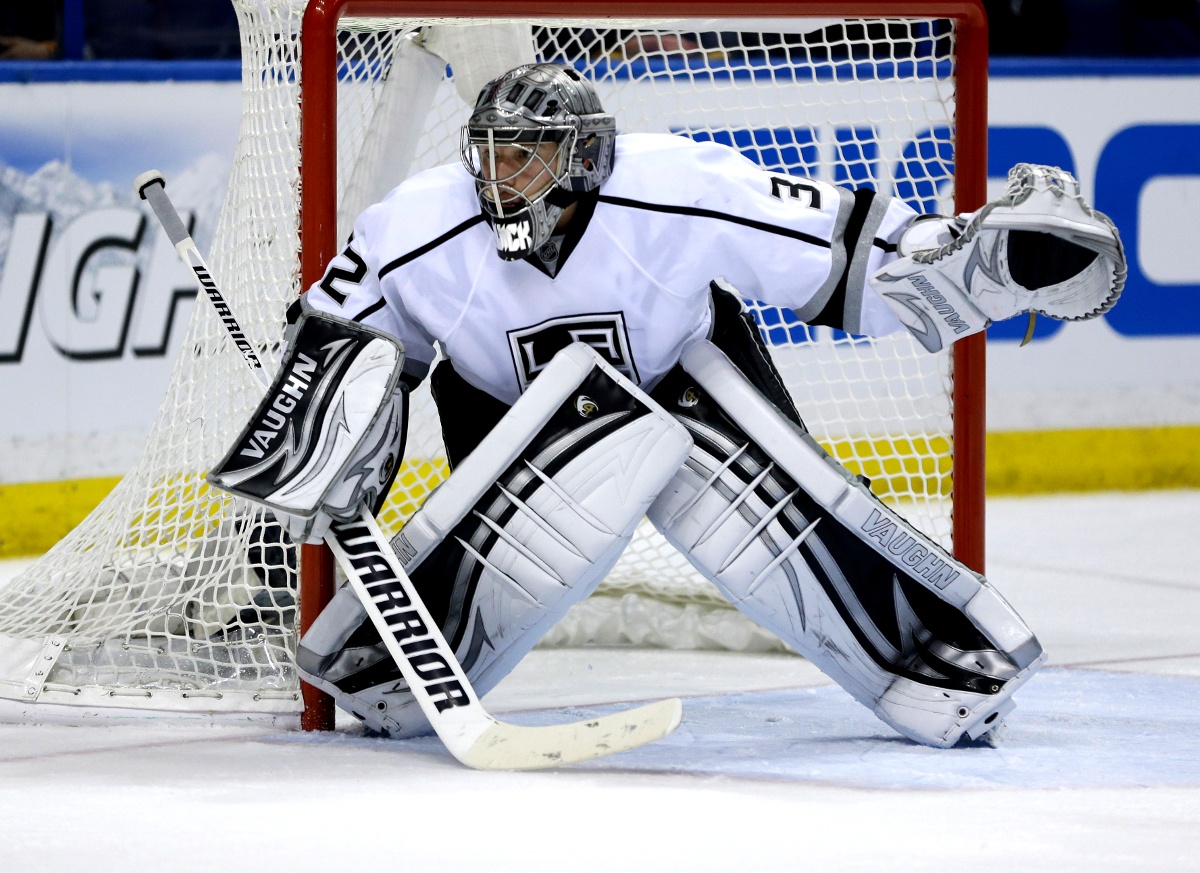 A quick synopsis of the final Game 6

Dustin Brown is a phenomenal captain: scoring goals, getting assists, blocking shots, and being a very strong physical presence.

Irate Devils coach.
Peter DeBoer was really letting the refs get to him.

Blonde with a rack behind New Jersey’s bench.
It’s funny to watch her having such a good time behind DeBoer who is screaming his lungs out.

Final game of the playoffs and NJ gets plowed.
It ended 6-1. There were four goals, then an empty net goal, followed by another goal on Martin Brodeur. Ouch.

Dustin Brown becomes the first US born captain to drop an F-bomb in a live interview right before hoisting the cup.
Apparently he’s done it before…

UPDATE: Jonathan Quick did it too.


ANOTHER UPDATE: Henrik Lundqvist did it too on stage receiving the Vezina trophy at the NHL Awards.


Simon Gagne carries the cup for the first time and almost eats it.

I don’t think I could have more respect for Dustin Brown. He is such a physical presence, but never seems to lose his cool. He opened the floodgates when he started scoring and his team followed suit. And he swears on live television. I wish he was a Red Wing.

If you don’t think hockey can be interesting, you didn’t watch this game.